Regular lifestyle diseases are a way of life now. No matter which household you look into, someone or the other is stuck up with regular diseases of increased, blood sugar level, blood pressure and not to forget, obesity. Being overweight can lead to a lot of severe health issues that mostly remain unnoticed.

With that said, the next question that might come to your mind is perhaps the right measures to deal with such trivial yet crucial issues. No wonder, the diet has a very important role to play in this regard. It is what we eat and how much we eat that determines our health in the long as well as shorter run.

Junk food habits, inadequate sleep, hypertensions, etc. are some common causes of health issues in the long run. It is very important to put a check on such factors at a smaller age, without which, the consequences might worsen with time. A lot of people indulge in diet plans and regular exercise habits that can bring about a huge change. But it is hard to discover which is the right fit for your body.

Well, here I have for you a new concept of the paleo diet that has quite some relevance in fixing your wrong food habits. Eating just the right food in the right amount can help fix health disorders. However, several people are not acquainted with the tit-bits of the paleo diet and other relevant aspects related to it.

If that’s the case, you are here just at the right place. Though paleo diets have been followed for ages, very little knowledge prevailed in society. Hence, through this blog post, you would be enlightened on what a paleo diet is and how you can benefit from it when you embark on such a diet plan. If that seems intimidating to you, go ahead and read every word of this piece.

The concept of the paleo diet owes its origin and source to the paleolithic era when the diet was based on all those edibles that humans could gather to eat. Without the interference of the industrial revolution, chronic diseases such as heart problems, cancer, etc. too did not exist in the society at large.

The paleo diet format is mostly based on the nutrition theory that people followed ages ago. With more physical activity, the diet that hunter-gatherers relied on was mostly based on whole foods. Several pieces of research have been conducted in proving the fact that one can benefit from the practice of adopting a paleo diet.

Researchers have come up with the formula that an ideal paleo diet must accompany within itself 85%of paleo food items and 15% of non-paleo items. Items that were initiated after agricultural practices and manufacturing practices came into being were not included under the paleo diet theory.

Just like other forms of diet plans, the paleo diet has its own set of benefits that can help you in your overall lifestyle. If you are not yet aware of such prevailing benefits, here I have a little something that you just can’t miss out on:

The list of benefits can go on adding when it is about covering paleo-friendly foods. However, these are some of the most sought-after results that one can seek through a diet plan. A natural food habit can interfere with different areas of the body and bring about its benefits with time.

Now that you already know quite a lot about the paleo diet and its theory, next up is coming to its practical application. Certain foods play a strong part in forming a paleo-friendly diet. Without any further delay, let us take a look at some of those:

These are some of the paleo-friendly foods that can form part of your paleo diet plan. They are all active components and can help accelerate your aim through the diet plan you wish to embark on.

Foods To Avoid During Paleo Diet Plan For Beginners

Seemingly healthy foods may not prove to be healthy in terms of extracting health benefits. However, similar is the case when you opt for a paleo diet plan. It is time to bid adieu to some of your all-time favorite foods that you felt were healthy enough. Let us take a look at the food items you need to avoid during a paleo-friendly diet plan:

These are some of the common items that hold no place in a paleo diet plan. The most important consideration is matching your goal with the foods you pick. For example, if your goal is to achieve weight loss out of the paleo diet plan, opting for foods that will help produce better should be the composites of your diet. For this purpose, it is suggestive to consult a dietician before planning out a paleo diet plan to suit your purpose.

A One Day Paleo Diet Plan For Beginners

Planning out a proper paleo meal is a challenging task for the beginners out there. However, here is a little something you can try out:

Breakfast: for the first meal of the day, you can sip your tea with some whole eggs, mushrooms, and some sated vegetables such as asparagus, spinach, etc.

Lunch: for lunch, you can opt for a bowl of vegetable-filled salad with some chicken that is a source of lean protein.

Dinner: for the last heavy meal of the day, you can try out some baked sweet potatoes, roasted fish such as salmon, and some brussels sprouts to add to the meal wholesomely.

In between meals, to meet your cravings, you can try out fruits, nuts, seeds, and similar other paleo-friendly foods of your choice from the list mentioned above for your reference.

With all the discussion about the paleo diet and its relevant aspects, I am pretty sure the readers out there might still be wondering about a few questions that are randomly common to the might. Well, that’s not a problem either as, I have you covered under the subhead. Here are a few commonly asked questions with their relevant answers:

How far is a paleo diet effective?

While on a paleo diet, it is equally important to control potions. Potion control is something you cannot avoid as, how much we eat is also a considerable factor. Thus, if you have the notion of relying, more on lean proteins while on a paleo diet and missing out on other important nutrients, the outcome would not be a fruitful one. Lastly, a balanced diet should be your sole focus.

How many meals per day is enough for a paleo diet?

The very basic formula of three meals a day is ideally suited for the followers of the paleo diet as well. Breakfast, lunch, and dinner are three important and heavy meals that form most of the potion you derive from food. However, as a beginner, skipping snacks is only going to be a daunting experience. For snacks, you can try out eggs, nuts, etc.

Is the paleo diet similar to the keto diet?

The very essence of the paleo diet theory is pure in itself. Hunter gathers from ages ago, with massive regular physical activity schedules were hardly entitled to frequent diseases. It is only research-based studies that came up with proven facts that diets inspired by the Paleolithic age would work wonders for health. Today, in the 21st century just a dietary measure has an extremely important role to play.

The paleo diet plan includes within itself all the whole natural food items that work in favor of health and eliminates all the processed food items. Such a process ensures there is less calorie intake and the body has more valuable stuff to extract its energy from. To keeping away chronic diseases to beating problems of obesity, weight loss, and much more, a paleo diet has all of it covered under one head.

A healthy eating habit is an ultimate key to leading a healthy life in the long run. Such a goal can be easily achieved while taking into consideration the benefits of eating natural foods and avoiding processed foods. If you too are on the lookout for one such measure that can help do away with your frequent health problems, the paleo diet is the one you must try out to reap full benefits.

StylesXP.com is a participant in the Amazon Associates Program, an affiliate advertising program designed to provide a means for sites to earn advertising fees by advertising and linking to amazon.in

A skin, whether it is too oily or too dry is always a matter of concern. Too much dry...
Hair

All About Activated Charcoal & Its Leading Products Available In India 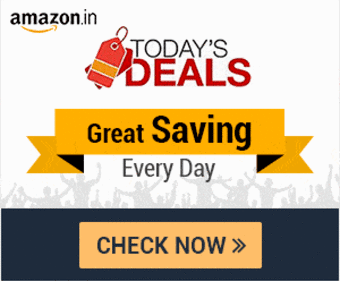 How To Increase Breast Size with Food (10 Best Foods)

8 Different Types Of Natural Oils To Benefit The Skin

How to Increase Hair Density: 12 Useful Tips From Experts